ABOUT DAN PATCH DAYS
Dan Patch Days, Inc. is a not-for-profit (501c6) organization managed by a dedicated committee of volunteers from the Savage/Prior Lake area. The Dan Patch Days volunteer committee works in partnership with the Savage Chamber of Commerce and the City of Savage to put on this event for the local community. We are always looking for more volunteers and support to make this a fun event. If you want to join the committee, share ideas of how we can make the event better or volunteer on the days of the event to raise funds for your organization; please contact us.
​
Our mission is to inspire, enlighten, and delight all our visitors while we use the proceeds ($155,000 in the last 8 years) to maintain and enhance community organizations. 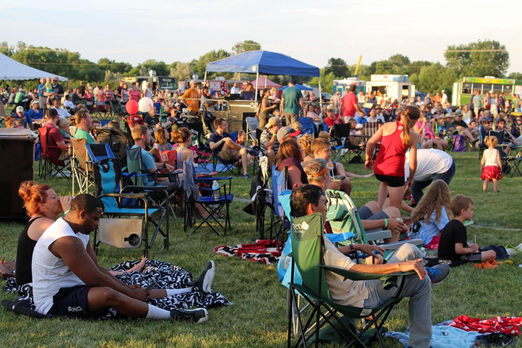 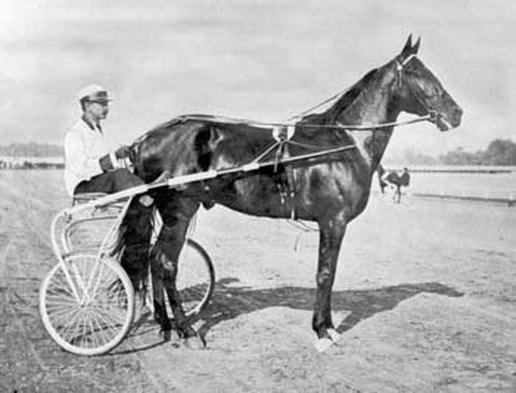 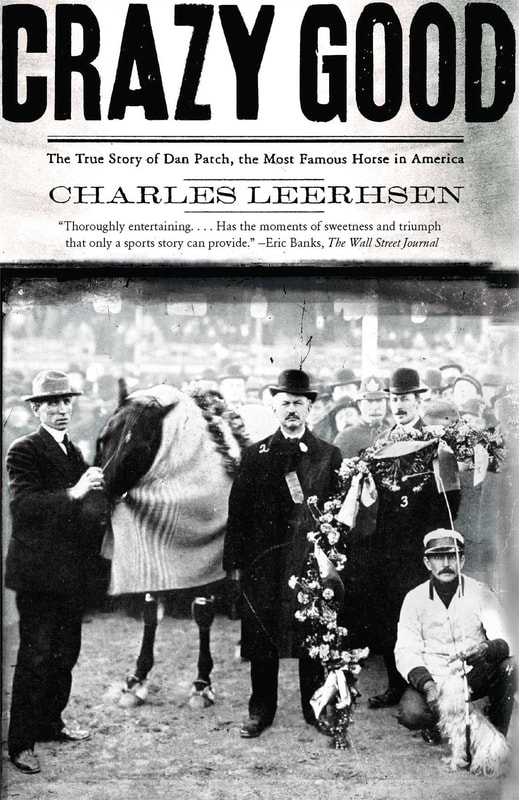 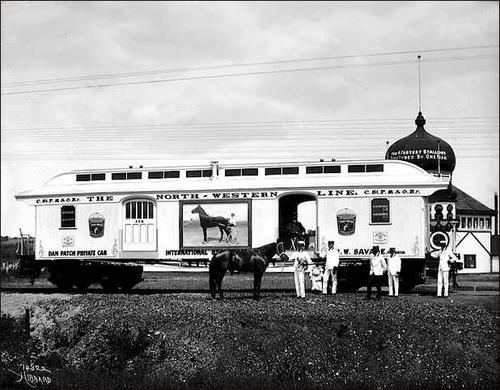 Dan Patch earned the title of being the “World’s Champion Harness Horse” and the “greatest harness horse in the history of the two-wheel sulky”. These titles and this crown he won when he set the world of 1.55 for the mile in a record that has been equaled once but never broken.

Dan Patch was born at Oxford Indiana and grew up into a fine colt in the stables of Dan Messner. Dan was sired Joe Patchen. Messner named the colt after himself, “Dan” and Patchen, “Patch”. John Wattles was the devoted trainer. Dan Patch was four years old before he was felt worthy of his first race entry fee.

The date of birth of Dan Patch was April 29, 1896. In 1900, Dan Patch was sold by Messner for $20,000 to M. E. Sturgis of New York City. Dan was already recognized as a horse of unusual potentials and the sum paid for him by Mr. Sturgis set a record at that time. Two years later, 1902, a new owner entered the life of this great horse, Marion W. Savage of Minneapolis who was to guide this horse to the pinnacle in harness racing and to earn for him the title “King of Pacers”. Mr. Savage paid the then fabulous price of $60,000 for Dan Patch.

Marion Savage was a great lover of horses, and he was quick to detect the remarkable qualities of the new horse which had come into his possession. He set about to fully train and guide those qualities holding forth in his vision the day when his beloved horse would write harness racing history.

That occasion came on September 8, 1906, in a race against time on the Minnesota State Fair racetrack. Here Dan Patch electrified the turf world with his record of 1.55 for the mile to set a new world mark for pacers.

On that day Sept. 8, 1906, some 93,000 people gathered on a sizzling hot day at the Fairgrounds. They were all expectant. Mr. Savage had announced in advance that Dan would try and give a record-breaking performance. Therefore, the crowd sensed that something unusual was to happen. It did. Dan swept around the track in 1.55. The crowd went wild. And Dan himself seemed to understand what each crowd was there for—as he passed the finish line Dan, in his characteristic way, turned his head toward the Grandstand as if to say—” Thanks folks. I knew you were pulling for me, and I just had to come through.”

The record Dan set that day defied pacers and trotters for almost half a century. Dan’s mark was finally equaled only once by Billy Direct, also a pacer, in 1938. The fastest time by a trotter is 1.55 1/4 set by Greyhound, also in 1938.

Dan, during his racing day’s fame and when he retired, was kept at the famous Savage Racing Stables 20 miles from Minneapolis. This was a 600-acre farm with a luxurious mansion and several large and handsome barns. On the place were two racetracks. In the summer Dan practiced on the one-mile outdoor track—in the winter on the half mile track which was entirely covered by a roof.

During his fame and retirement years thousands came to view the wonder horse and to gaze upon him as if he were George Washington or Abraham Lincoln. Many also came to the stables to buy colts sired by Dan.

Dan Patch’s earnings from races and exhibitions totaled more than a million dollars. Dan’s purses for each race against time ranged from $10,000 to $20,000.

Dan traveled in a special car, gaily decorated with pictures of the great horse—trips were made throughout the United States. Dan went lame after an exhibition mile at Los Angeles in 1909 and was retired the following year.
Dan Patch was a large horse. He was trim of limb and mahogany brown in color. His magnificent body was set off by a beautiful head with large brown, keenly intelligent eyes. A white star stood out in the center of his forehead.

Unlike most stallions who were apt to be ill tempered, Dan Patch was very gentle; he loved to be with people, especially the children. Truly he was “Black Beauty” come back to life. And he loved the crowds at the racetracks. At the end of a race, he had the way of nodding his head to the spectators as if to acknowledge the applause that they gave him.

The bond of affection between Dan Patch and his beloved owner Marion Savage was very great. He worshipped the horse, and the feeling was mutually returned by the animal. The owner died of a broken heart just 24 hours after the King of Pacers passed away. This was in July 1916. The story is told of this most dramatic coincidence. It seems that Mr. Savage was in a Minneapolis hospital recovering from a minor operation when his great standardbred died of a heart ailment following an attack of pneumonia. Told of his horse’s demise Mr. Savage passed away the next day. Attending physicians stated that death was caused by the shock resulting from the loss of the horse he idolized.

Dan Surprised His First Owner
The original owner and the one who raised Dan Patch from a colt, Dan Messner of Oxford, Indiana, often told when Dan became famous that the horse did not look too promising as a young colt. Dan was scraggy, gaunt and clumsy, Messner said, and had knees regarded as too knobby for racing purposes. “The only redeemable feature about the little fellow was that he was friendly and cute” Messner said. “I honestly thought the colt’s future would be confined to hauling a delivery wagon.”

“Fortunately for me” continued Messner, “Johnny Wattles, a livery stable owner in Oxford, saw possibilities in Dan and asked me to turn the colt over to him for training.

Wattles worked wonders with the colt but even with Johnny’s careful tutoring Dan was four years old before I thought he was worth the entry fee in a race. Johnny and Dan Patch quickly convinced me I made a grave mistake in misjudging his possibilities by winning a dozen races in fast company. It was then that Sturgis of New York City offered me $20,000 for Dan and I grabbed it.”

​Dan Missed a Still Better Mark
Except for an unfortunate incident caused by his pace setter, Dan might have turned in a mile performance of 1:53 on the Lexington, Kentucky track during the fall of 1908. On that occasion the great pacer negotiated the first two quarters of a mile in the remarkable time of 0:56 1/2. The crowd sat astonished as Dan streaked through the third quarter in :28 1/2, bringing hit time to 1:25; two seconds faster for three quarters than his record smashing achievement at the Minnesota State Fair.
​
Twenty-eight seconds for the fourth quarter would have given Dan a 1.53 mile, a record considered impossible by harness-horse experts. But fate cruelly intervened to deprive the speedy Minnesota stallion of the mark he and his driver were shooting at. Dan’s pace setter suddenly broke stride and swerved to the right, forcing Driver Hersey to swing Dan far out around the lead sulky in order to prevent a collision. This slowed Dan down to 0:341/4 for the final quarter mile and a final mark of 1:56 ¼ for the mile.

Capitalized On Dan Patch Fame
Marion Savage, owner of Dan Patch capitalized on the fame of his horse. Founder and owner of the International Stock Food Company, a million-dollar concern, Mr. Savage possessed a remarkable flair for showmanship and exploited the famous horse to advertise his business with phenomenal success. There were silver-plated Dan Patch horseshoes, Dan Patch pin-up photos and hairs out of his tail that sold for $5 apiece. So high-geared was the promotion that it was not uncommon for Dan to take in as high as $21,000 for a single appearance while on tour.
Story provided by the Dan Patch Days Historical Society